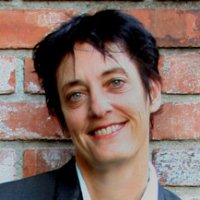 Award-winning investigative journalist and documentary filmmaker who reported on the AIDS crisis, protested with ACT UP, co-created the Lesbian Avengers, and was the founding editor of Plus magazine. Senior Editor at Out magazine in the mid-1990s in charge of health coverage. Co-producer of the documentary 'Pills, Profits, Protest: Chronicle of the Global AIDS Movement' (2003). AIDS activist. Author of her memoir 'The Pox Lover: An Activist's Decade in New York and Paris' (2017).