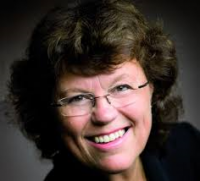 Crime novelist, notably for the books 'Blind gudinne' (1993) and 'Uten ekko' (2000). Lawyer. Formely served as Minister of Justice (1996-1997). Recipient of several awards, including the Riverton Prize and The Norwegian Booksellers' Prize, and was shortlisted for an Edgar Award in 2012. She was also shortlisted for the 2012 Shamus Award and the 2012 Macavity Award. In October 2012 Anne Holt was awarded with the Great Calibre Award of Honor in Poland for her entire authorship.