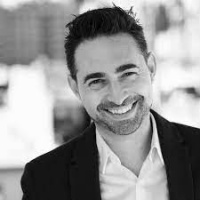 Chief Executive Officer of the Thomson Reuters Foundation since 2019. Formerly Chief Operating Officer since 2016. Founder of Openly, the world’s first global platform dedicated to coverage of LGBT+ stories with distribution to 1 billion Reuters clients daily. In 2018, Antonio ranked first in the OUTstanding list of third sector LGBT executives published by the Financial Times. In 2017, he was named a European Young Leader by Friends of Europe. In 2016, he was awarded the Talented Young Italians Award by Italian Chamber of Commerce. A One Young World Ambassador and a World Economic Forum agenda contributor. He sits on the Board of OUT in Business at the London Business School. Former Executive Producer at Bloomberg Television.