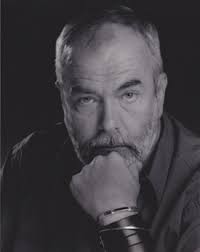 Filmmaker, photographer, playwright, and philanthropist. Director of a series of feature-length gay pornographic films, including, among others, 'The Night Before' (1973), 'Five Hard Pieces' (1977), 'Harley’s Angels' (1977), 'Dynamite!' (1978), 'So Many Men', 'So Little Time' (1979) and 'All Tied Up' (1981). Photographer, taking erotic photographs that appeared in gay slicks such as Mandate and Honcho. Author of the plays 'News Boy' (1979) and 'FREEZE!' (1998). Founded and ran the Thorny Theater in Palm Springs. Established the Arch and Bruce Brown Foundation, which gives grants to LGBT playwrights and to theater groups mounting LGBT-themed plays and which has sponsored periodic literary competitions awarding prizes to playwrights and fiction writers. Author of his memoir 'A Pornographer' (2017).