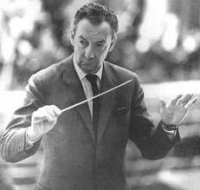 Baron Benjamin Britten is the notable composer of the largest number of opera pieces in the Twentieth Century. This includes large-scale operas, chamber operas, and choral works. To showcase his work and that of his contemporaries he founded the world’s foremost annual festival of new classical music and opera, the Aldeburgh Festival.

Benjamin Britten was an outstanding musical child, with a particular proficiency in piano and the viola. He began composing his own music from the age of five and was so good at it that he drew the attention of the contemporary composer Frank Bridge, who agreed to tutor him. He continued his studies at the Royal College of Music from 1930-1933 winning several student prizes for composition.

Britten’s first professional job was composing music for various British Broadcasting Corporation productions. Between 1935 and 1937 he wrote a total of 40 scores for theatre, cinema, and radio. It was during this time that he first met his future partner in life, the tenor Peter Pears.

Both Pears and Britten travelled to the Americas and made the acquaintance of fellow composer Aaron Copland. The outbreak of war forced their return to Britain. As the war ended, Britten focused on writing his most celebrated opera, Peter Grimes, a work that was specifically written for Peter Pears. It was an immediate sensation and ensured Britten’s reputation as an opera composer of the highest order. Pears and Britten subsequently founded the English Opera Group to write and present new operas. To further aid in this effort they started the Aldeburgh Festival.

Britten’s opera output thrived. Successful productions included The Rape of Lucretia, Billy Budd, The Turn of the Screw, and The Prodigal Son. Each of these pieces was written almost exclusively to present the talents of Peter Pears. He also turned his attention to orchestral pieces, the most notable being War Requiem.

Throughout this period, Britten’s fame rose and numerous honours and awards followed. He was made a Companion of Honour in 1953, awarded the Order of Merit in 1965, and was the first composer in history to be given a life peerage as Baron Britten in 1976. Britten was given the Grammy Hall of Fame Award posthumously in 1998.

Britten was open about his sexuality at an early age, or at least once his domineering mother died in 1937 and he felt relaxed about it publicly. His closest friends were gay – Auden, Isherwood, and Spender. His lifelong relationship was with Peter Pears. Their relationship was so strong that several jealous composers hinted at the possibility they were the leaders of a ‘homosexual conspiracy in music.’. On his death from congestive heart failure at the age of 65, Britten insisted that he be buried alongside Peter Pears.

It is remarkable the degree to which Benjamin Britten’s operas reflect his personal life as a homosexual man. Almost all of his successful grand operas deal with the isolation and rejection of an individual by a society hostile to that individuals’ behaviour. As noted, all were composed with his partner Peter Pears in mind. His smaller choral pieces were often set to the words of famous poets – for example, the War Requiem features the works of the gay First World War poet Wilfred Owen.

Was his personal and strong relationship with Peter Pears a reason that he could be comfortably public about his homosexuality and continue producing contemporary opera pieces of the highest order? Certainly his works are admired for their dramatic scenes and for the depth of their characters, all reflective of a man comfortable with his talents and position in life, even if that was unconventional. But he was also a pragmatic man – his work was written to be accepted by the public at large, and often had patriotic undertones. To break free from the need to adapt his work for public tastes, he set up his own festival to showcase his works when frustrated with existing institutions. Thereafter, his compositions were written specifically for that venue – and for Peter Pears.