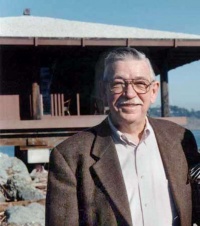 Co-founder, with Paul Bentley, and publisher of the LGBTQ newsmagazine Bay Area Reporter. Former member of the Golden Gate Bridge District Board and the board of trustees of the San Francisco Ballet. Co-founder of the Tavern Guild, now a foundation, which helped bar employees overturn the system of payoffs to police that were at one time demanded in exchange for allowing the bars to remain open. Inducted into the LGBTQ Journalists Hall of Fame (2013).