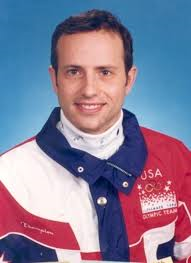 Figure Skater. Won Olympic Gold in 1988. World Champion, 1986 and 1988. National Champion 1985-1988. Hosts a television cooking show, 'What Would Brian Boitano Make'. Won an Emmy Award for his portrayal of Don Jose in 'Carmen on Ice'. In 2013, President Obama named him to the Official U.S. Delegation to the Sochi Olympics in Russia, at which point Boitano came out as gay. Elected to the World Figure Skating Hall of Fame and the United States Figure Skating Hall of Fame in 1996. Provides commentary on figure skating competitions on television.