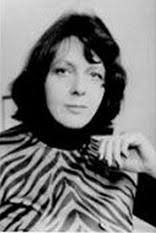 Novelist, critic and campaigner for social reforms, including the rights of authors and animal rights. Notable for being the principle instigator behind the scheme whereby authors would be paid from central government funds each time their books were borrowed from Britain's public libraries. Author of the books 'The Snow Ball' (1964), 'The Finishing Touch' (1963), 'The King of a Rainy Country' (1956), 'In Transit' (1969), and 'Palace without Chairs' (1978). Bisexual.