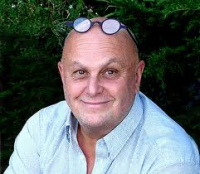 Iconic contemporary painter, sculptor, designer, author. Officer, Order of Canada. Notable for his images of Canadian moose, flag paintings (Canadian and US). His flag paintings hang in the Prime Minister’s residence in Ottawa, in the Canadian Embassy in Washington, in the Parliament Buildings and in the Embassy of France in Ottawa; Pachter’s steel and granite moose sculptures have been installed across Canada. His mural, 'Hockey Knights in Canada, Les Rois de l'Arène', can be seen at Toronto's College subway station,where the Montréal Canadiens face the Toronto Maple Leafs across the tracks. He holds honorary doctorates from Brock University, the Ontario College of Art & Design, and the University of Toronto. Recipient of a Queen's Jubilee Medal in 2012.