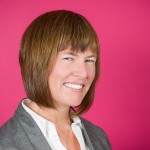 Dara Parker is a community planner with a background in diversity and inclusion and over 15 years’ experience working in social profits and local government. She began her career working in international development and has travelled to 47 countries, spanning five continents. Her CIDA-funded youth engagement work in Lesotho (Southern Africa), inspired her to return to pursue a Masters in Planning at the University of British Columbia, with a focus on how to build inclusive cities. Dara’s notable achievements include: working for Kids Help Phone, the United Nations Association in Canada, the City of Burnaby, and Cuso International. For the last three years Dara has consulted with UN-Habitat on their inaugural Youth Advisory Board, helping mainstream youth participation throughout the organization. Dara volunteers as Co-President of the United Nations Association in Canada Vancouver Board, promoting public engagement on global issues. In 2010-2011 Dara took a sabbatical year travelling in Colombia and Spain to learn Spanish and write about the intersections of culture and sustainability. An active athlete, Dara can be found teaching snowboarding on Grouse Mountain or playing volleyball around Vancouver.