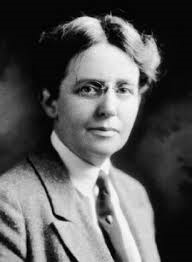 Sara Josephine Baker was a notable physician whose work with the health of children opened up global awareness about the need for proper daily hygiene and how to attain it. She became a health crusader and rallied society around her ideas for the need to have public health systems to address the issue. In this regard, she was a health visionary who remains relevant to the world today.

Josephine Baker took up medical studies at a young age when her father died of Typhoid Fever. At the time, it was believed that medicine was an unsuitable area of study for a girl, but Baker was stubborn in her pursuit. Upon graduation and desperate for money, she took a part-time job with New York City’s Department of Health. She began to immerse herself in the filth of the city’s slums. This experience made her realize that prevention was the solution to the many health problems that existed in the city. At the time this was a novel concept.

To accomplish this, Baker set up a series of neighbourhood health stations targeting families, and particularly those with newborns. In this effort, she faced significant opposition from the established medical profession who believed that their existence jeopardized their own private practices. But the numbers soon spoke for themselves as areas in the city where there were clinics reported starkly declining numbers of sickness and medical needs for young children. Diseases that were once rampant in these neighbourhoods disappeared almost overnight.

Her accomplishments were groundbreaking. Within twenty years, all 48 states had created a bureau of child health modeled after Josephine Baker’s success story. Similarly, Baker created a school health program that was copied in 35 states across the United States.

Baker became the first director of a children’s public health agency in the United States when she was appointed to the position with the New York Bureau of Child Hygiene, where she remained from 1908 to 1928. During this time, she became the first woman to receive a doctorate in public health. It is believed that her ideas and efforts saved thousands of lives and revolutionized the approach to public health services and the relationship between health and hygiene.

Josephine Baker is also noted for identifying the sources of Typhoid Mary, a major cause of infant and mother death at the time. Her action identified appropriate treatment and prevention that could be applied.

Baker’s fame rose instantly. She engaged in an intense schedule of public speaking and lobbying for changes to public health services around the world. Baker led the early twentieth century charge for social medicine. She promoted international efforts of health education, and the success of this effort led to record drops in infant mortality in the developed countries around the world. Eventually, Josephine Baker became the first woman to supervise a staff that included male colleagues in government administration and medicine. She opened the door to female physicians within the profession.

Baker is the author of five books on the subject of health and children, over 50 journal articles, and 200 pieces written for the popular press.

Josephine Baker’s same-sex orientation, though not publicly disclosed and discussed, was widely known. She had a life-long relationship with novelist Ida Alexia Ross Wylie, and biographers of Wylie confirm the lesbian relationship. She self-identified as ‘a women’s woman’, was a notable suffragette who battled gender discrimination, and regularly wore masculine-tailored suits.

It certainly took a stubborn and aggressive woman to advance the rights of the gender and that of lesbians in a male-dominated profession. Josephine Baker reflects a case of a minority fighting against the will of the majority. However, once the door is opened and the fears of a society are shown to have been unfounded, immediate acceptance and change moves forward at a rapid pace. Today, a woman’s place in the medical profession is a given. Similarly, attitudes toward LGBTQ rights are changing at a fast pace.

Not to be confused with bisexual American/French cabaret performer Josephine Baker.