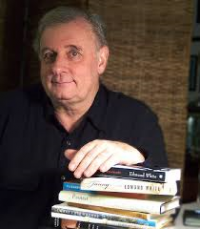 Co-founder of 'Violet Quill' group of gay authors in the United States. Numerous bestselling novels, including 'A Boy's Own Story' (1982), 'The Beautiful Room is Empty' (1988), 'The Farewell Symphony' (1997), and 'The Married Man' (2000). Notable as co-author with Charles Silverstein of the book 'The Joy of Gay Sex'. A staunchly gay writer who considers himself a spokesperson for the community. Cultural critic. One of the founders of the Gay Men's Health Center. Author of his memoir 'The Unpunished Vice: A Life of Reading' (2018). Professor of Creative Writing, Princeton University. Recipient, Bonham Centre Award, 2014. Recipient, Lambda Literary Visionary Award (2018). Received an Honorary National Book Award (2019).