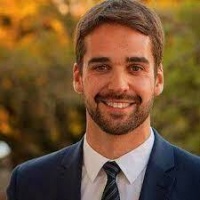 Governor of the state of Rio Grande do Sul since 2018 as a member of the Brazilian Social Democracy Party (PSDB), being the youngest Governor in Brazilian history and the first openly gay Governor. Elected to Pelotas city council in 2009. In 2011, Leite became the Pelotas City Council President. In 2013, Leite won the city's mayoral election and served from 2013 to 2016. Announced he was gay in 2021 as he was running in the Presidential campaign.