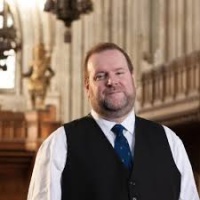 Elected member of the City of London Corporation since 2001, and is chair of the Establishment Committee, leading on workforce and inclusion policy, and deputy chair of the Capital Buildings Committee, and a member of the senior Policy & Resources Committee. Non-executive chair of Social Care Housing Limited, an independent director of the British Basketball League, a governor of the University of Northampton and City of London School, a trustee of Trust for London, and a member of the University of Essex’s Court and its Audit and Risk Management Committee. Appointed a Justice of the Peace in 2002. Formerly served on the boards of the Barbican Centre, London Strategic Housing Limited, Parkwood Holdings plc, Social Investment Business Limited, Local Government Association, and the Whittington Hospital NHS Trust, where they served as deputy chair. Former development director at Liverpool John Moores University and the City University, London. Chair of the Group Board of the Amateur Swimming Association (2013-2015). Appointed an Officer of the Order of the British Empire (2011). LGBTQ activist.