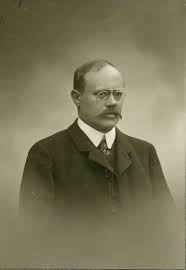 Professor in Sociology and Philosophy at London School of Economics and at Helsinki University. Wrote extensively on the history and sociology of homosexuals, arguing it was not an abnormality and criticized intolerance toward the community. In studying the history of marriage, he argued that primitive man was not connected by marriage, but rather preferred monogamy. Notable works include 'The Origin and Development of the Moral Ideas' (2 volumes, 1906–08).