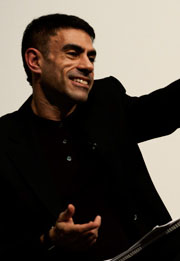 Professor in the Video, New Media, and Animation department at The School of the Art Institute of Chicago since 2010. Artist and LGBTQ activist (ACT UP), with documentary work focusing on AIDS issues. Author of numerous books on the subject. Wrote and directed 'Sex Mitigating Death: On Discourse and Drives: A Meditative Poem' (2011) at the Tate Modern, London. Formerly taught video art at the Academy of Fine Arts Vienna, Brown University, and School of the Art Institute of Chicago from 1995 to 2010. HIV positive.