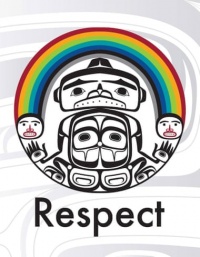 Two Spirit is a term some Indigenous people use to identify themselves rather than GLBTTIGG. It was adopted by delegates attending the 3rd annual International Gathering at Manitoba in 1990. Indigenous people believe that both the female and male spirits resides in the body of a Two Spirit individual and the degree of dominance of each spirit ultimately impacts the physical, emotional, mental and spiritual identity of each Two Spirit person. Many Nation people have their own beliefs and have specific names for their Two Spirit people. The Navaho call theirs Nadle, the Dakota-Winkte, The Ojibwa-Agokwa, and The Cree-Esqwaycan and so on.

In some places, mostly in urban centres, they have created their own organizations to assist in this modern day movement towards self- development and recognition with the assistance of the technological age. They are sponsoring forums and gatherings to promote healing and to create healthy environments. As a result they are being heard in small instances at present but as their movement becomes stronger they hope they will gain and retain their lost and rightful roles.

In 2004 the Leaders of Two Spirit Circle of Edmonton Society decided they must begin teaching its members about their Culture with the help of Aboriginal Elders and with education resources known to exit about their culture. For four years they held week long Two Spirit Tipi Gatherings at the Nechi cultural grounds in St. Albert, Alberta. Both Female and Male Elders were hired to conduct known teachings on the ceremonial practices that take place during the different seasons, known Aboriginal health medicines and their uses and some ceremonial songs. They were taught how to conduct naming and transfer ceremonies. Elder Leonard Saddleback of Maskwacis was one of their main supporters since its beginning and gave them credit as a cultural emerging group on the international scene when he travelled with them to a Two Spirit Gathering to Tulsa Oklahoma, to assist in conducting spiritual ceremonies at that Gathering. He also gave the Society Three ceremonial Pipes so the Society could start conducting their own pipe ceremonies.

Edward Lavallee is a traditional Plains Nehiyaw (Cree) of the Sturgeon Lake First Nation in Saskatchewan. He attended the University of Saskatchewan and has worked as co-editor of the Native People newspaper, published by the former Alberta Native Communication Society, now the Aboriginal Multi-Media Society of Alberta. He has studied Aboriginal history, spirituality and philosophy with elders during a five- year stint at the Indian Cultural College, now affiliated with the First Nations University of Saskatchewan. He has worked with Aboriginal organizations across Canada and for federal and provincial governments in various management positions. Presently he volunteers as an Indigenous Advisor and Elder in Edmonton and sits on the Board of Directors of several Edmonton organizations.