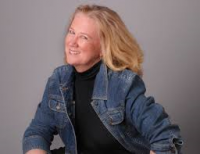 Folk singer, actor, LGBTQ activist. Feminist. Often cited as one of the founders of the Women’s Music movement, she not only led the way for outspoken women in the music world, but also worked for peace and multicultural consciousness. Honours receivd from the ACLU, the National Lawyers Guild, the National Organization for Women, and the National Academy of Recording Arts and Sciences; she was named Ms. Magazine Woman of the Year and received the Legends of Women’s Music Award.