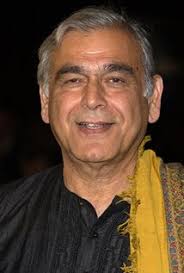 Film director, noted for Merchant-Ivory films which won six Academy Awards. His first short film, 'The Creation of Woman' (1961), was nominated for an Academy Award. Personal partner was James Ivory. Author of several best-selling cookbooks on Indian cuisine along with books on filmmaking and his autobiography ' My Passage from India: A Filmmaker's Journey from Bombay to Hollywood and Beyond' (2018). Notable films include 'A Room with a View', 'Howards End', 'Maurice', and 'The Remains of the Day'. He was made an honorary fellow of the British Academy of Film and Television Arts; he received the Commandeur de L'Ordre des Arts et des Lettres in France, and in 2002 he received the Padma Bhusan from the Indian government, which is the equivalent of a knighthood.