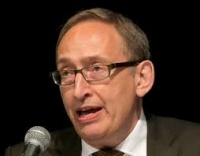 Chief Executive Officer, Royal BC Museum since 2012. Editor in Chief of UNESCO’s publication series Museums and Diversity and has firmly put diversity at the centre of curating, collecting and staffing policies for museums around the world. Appointed a Commander of the Order of the British Empire (CBE). Vice President of the Canadian Museums Association, a member of the Executive Board of the Canadian Commission to UNESCO and Board member of the National Museum in Warsaw and the City of Warsaw Museum. Board member of the British Columbia Achievement Foundation. Formerly Chief Executive of Iziko Museums, South Africa (1999-2002) and Director of the Museum of London (2002-2012). Author of 'Museums at the Crossroads' (2015) and 'Treasures of the Royal BC Museum' (2016).