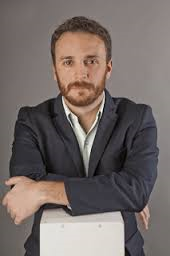 First openly-gay elected politician in Chile when he was elected into municipal council of Providencia in 2012. LGBTQ activist as the spokesperson for Movimiento de Integración y Liberación Homosexual, the leading Chilean gay rights organization. LGBTQ activist and supporter of equal marriage rights in the country. Former history professor at the University Finis Terrae and doctoral candidate in that specialty at the Catholic University. Parada became known for intervening in the case of the brutal murder of gay teenager Daniel Zamudio. Author of his autobiography 'Yo, Gay' (2013: I, Gay), which blends opinion columns and reactions that occurred when he announced his homosexuality.