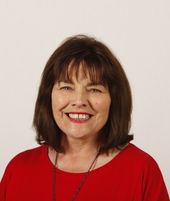 Scottish National Party member of the Scottish Parliament since 2016. Minister for Social Security. Formerly Chief Executive of Apex Scotland, a criminal justice employment organization, and a member of the Parole Board for Scotland. Chair of the Golden Jubilee Foundation Health Board. Columnist for The National newspaper. Founding member of Scottish separatist campaign group Women for Independence, and in 1979 became the first woman to chair the National Union of Students Scotland. Awarded an Order of the British Empire (1996) for her work in rehabilitating offenders.