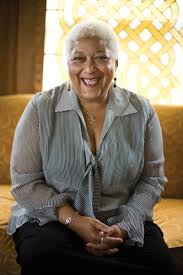 Native American writer of fiction, poetry, essays and cultural criticism. Director of Grants and Community Initiatives for Horizons Foundation, the oldest lesbian, gay, bisexual and transgender foundation in the US. President of the San Francisco Public Library Commission. Notable book includes the novel 'The Gilda Stories' (1991, two Lambda Literary Awards). Contributor of commentary to numerous magazines and newspapers. LGBTQ activist who was on the founding board of the Gay and Lesbian Alliance Against Defamation (GLAAD) in 1984. Former Executive Director of the Poetry Center and American Poetry Archives at San Francisco State University, director of Cultural Equity Grants at the San Francisco Arts Commission, and the director of the Literature Program for the New York State Council on the Arts.