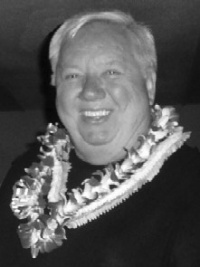 Icon of the Chicago gay community, opened the drag club Baton Show Lounge and became known as Felicia, the baton-twirling, roller-skating queen of Chicago. He went on to own the Redoubt leather bar, head the Chicago Knights motorcycle club, found the Windy City Athletic Association, and run (in 1987) for the Cook County Board of Commissioners as an openly gay candidate. Subject of the biography written by Tracy Baim and Owen Keehnen, 'Jim Flint: The Boy From Peoria' (Prairie Avenue Productions). Inducted into the Chicago LGBT Hall of Fame (1991). Also known as James Flint, and for his drag persona Felicia.