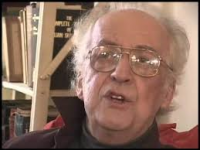 Playwright, notably 'Fortune and Men's Eyes' (1964), which was an off-Broadway and international success based on an autobiographical account of a prison drama. Winner, the DOMINION DRAMA FESTIVAL's Massey Award in 1968, which Brundage refused, and the Chalmers Outstanding Play Award in 1975. A film version was made in 1971. Dancer, director, artistic director of several theatres. Founded and ran 3 pioneering alternate theatres in Toronto, including the Garret (1965-70). Formal name is John Herbert Brundage, but wrote under his pen name John Herbert.