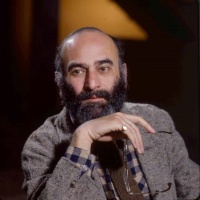 A Jewish Hungarian orphaned by the Holocaust, emigrated to Winnipeg, Canada. A decade later, he cofounded the Manitoba Theatre Centre, which became a model for regional theaters across North America. He later spent four years at the Canadian Broadcasting Corp. as head of English television drama and then served as artistic director at the Stratford Shakespeare Festival from 1981 to 1985. A gay man known for his fiery temper and budget-blowing sets, Hirsh died of AIDS complications in 1989. The John Hirsch Prize at the Canada Council for the Arts was established in 1995 to honour his memory and contributions to Canadian theatre.