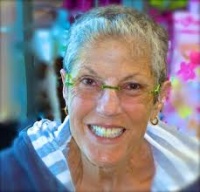 Chief Executive, IntuitionsMedia.com. Writer and author of the memoir 'Random Events Tend to Cluster' (2017). Former Editor in Chief, Advocate magazine, OUT magazine, Alyson Books, the OUTTraveler, and Genre magazine. Recipient of the “Outstanding Leadership” award from the Human Rights Campaign, and the “Leadership Award” from the National LGBTQ Task Force. She is on the board of the Society of LGBTQ Entertainment Critics, and a 37-year member of both the National Academy of Arts & Sciences and Broadcast Music Inc. Disco and cance songwriter and musician, for which she received a Grammy Award.