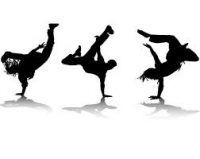 Hip Hop gets a bad rap as a homophobic music genre. However, there are more and more high profile hip hop artists who are out and are well known to the public today than ever: gay Frank Ocean and bisexual Fergie (also lead vocalist for the Black Eyed Peas) spring to mind. Several artists of this genre have been out and proud for some time.

Hip Hop itself rose to prominence in the 1990s. Gay Shorty Roc is considered a pioneer of the hip hop scene since he first appeared in New York City at that time.

Many of the prominent gay hip hop artists are huge underground phenomena, if not so in the mainstream. Consider New Orlean's Big Freedia's YouTube videos with over 1 million hits, lesbian Brooke Candy with 1.5 million hits, pansexual Angel Haze with 1.7 million hits, or lesbian Azealia Banks with over 6 million hits.

LGBTQ hip hop artists are often also LGBTQ activists. In 2014, Solomon cancelled his Russian tours in protest of that country's homophobic laws. He describes himself as an out and proud gay entertainer and actively encourages other gay hip hop artists to come out of the closet.

Admittedly, the bulk of the hip hop artists are on the fringes of the music scene. Mainstream hip hop artists continue to feature homophobia in their lyrics (such as those of Eminem). The LGBTQ hip hop artist often relies on either the underground scene or social media to attract their listeners, not the mainstream. Nevertheless, though they may not let their sexual identity define them as a person or entertainer, they still do not shy away from it.

Hip Hop artists do not fall into a standard definition of music style. Their music differs widely from each other, so there is no signature element to identify an LGBTQ musician from one who is not (except perhaps through the lyrics).

One notable characteristic of the LGBTQ hip hop scene - almost all of these entertainers are American.

Read about the artists below for more fascinating biographies, including links to videos and interviews: