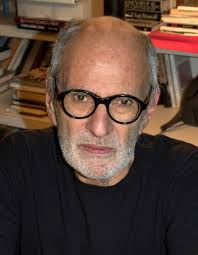 Writer, political commentator, LGBTQ activist. Co-founded Gay Men's Health Crisis, the largest private AIDS help centre, in New York City. Founded ACT UP (AIDS Coalition to Unleash Power). Noted for his plays 'The Normal Heart' (which was made into a film starring Matt Bomer and won an Emmy Award in 2014) and 'The Destiny of Me'. Endowed Yale University to finance the 'Larry Kramer Initiative for Lesbian and Gay Studies'. Author of the many books, including 'The American People, Volume II: The Brutality of Fact' (2020).