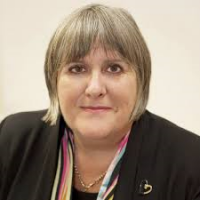 Corporate head of policy at the Terrence Higgins Trust. Co-founders of Stonewall, the highly successful LGBT lobby group and an early Secretary-General of the International Lesbian & Gay Association (ILGA), she was the first openly LGBT person to speak on gay rights at the United Nations in New York. Trustee of Pride Cymru and a Director of the Save The Coal Exchange campaign. Co-founded The Pink Paper and wrote an oral history of the London Gay Liberation Front, 'No Bath But Plenty Of Bubbles'. Appointed a Member of the Order of the British Empire (2011).