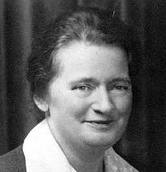 Reporter for the Minneapolis Tribune and the Associated Press (AP), achieving several firsts for American women journalists. Assigned to the White House. By 1932, she had become the nation's best-known female reporter. Notable for her intimate relationship with first-lady Eleanor Roosevelt, as discovered through the release of the latter's historical letters. Feeling compromised as a journalist with this close relationship, she began work as the chief investigator for the Federal Emergency Relief Administration (FERA).