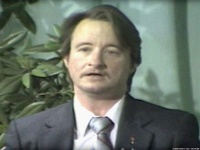 Born as Sheila Jean Sullivan, transitioned to male and became an author and activist for transsexuals. Founded FTM International. Founding member of GLBT Historical Society. Wrote the first guidebook on sex transitioning. Considered the first transgender man who identified as gay. Author of the book 'From Female to Male: The Life of Jack Bee Garland' (1990). Subject of the book 'We Both Laughed In Pleasure: The Selected Diaries of Lou Sullivan' (2019). His memoir 'We Both Laughed in Pleasure: The Selected Diary of Lou Sullivan 1961-1991' was published in 2019. Also known as Louis Graydon Sullivan.