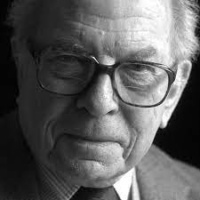 Military historian, academic and author. Former Professor of the History of War, Honorary Fellow of All Souls College, Regius Professor of Modern History at the University of Oxford, Robert A. Lovett Professor of Military and Naval History at Yale University, and founder of the Department of War Studies, King's College London. Co-founder of the International Institute for Strategic Studies. Considered the foremost authority on military history during his lifetime, looking at not only military campaigns but also the sociological implications of conflict. Author of more than 20 books on the subject. Appointed a Commander of the Order of the British Empire (1977), a Companion of Honor (2002), and the Order of Merit (2009).