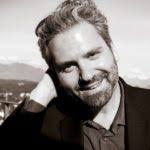 Award-winning freelance journalist based in New York. He often reports on tourism redevelopment in conflict zones and his work has appeared in the New York Times, Bloomberg News, the Forward, Gay City News and more. He is also an adjunct professor at New York University, teaching travel writing, and the author of several travel books. Author or editor of 16 books, primarily on travel topics. Awards include the 2013 National Lesbian and Gay Journalists Association Journalist of the Year, and the 2010 and 2014 Grand Prize in Travel Journalism Award Winner for the North American Travel Journalists Association.