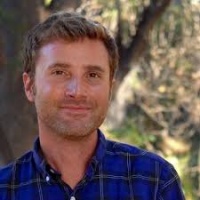 Associate Professor, Department of Integrative Biology, University of California Berkeley since 2016. His research studies the molecular basis of adaptations arising from the ancient arms race between toxic plants and the animals and microbes that attack them, helping to understand how parasites evolved over time through the relationship with their hosts. Principal Investigator in the Center for Computational Biology at UCBerkeley. Affiliated faculty member of the Museum of Vertebrate Zoology and faculty curator of plant-animal coevolution in the University and Jepson Herbaria. First known LGBTQ member of the faculty in his department. Formerly with the Department of Ecology of Evolutionary Biology at the University of Arizona (2010-2016), where he was also the first known LGBTQ member of its faculty and the first to receive tenure. Appeared in the PBS television series 'Genius' with Stephen Hawking.