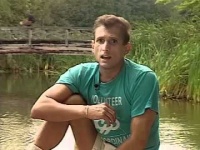 Medical doctor, known affectionately as Dr. Peter. Upon contracting AIDS, was unable to continue his practice and turned his attention to HIV-AIDS education. Created the 'Dr Peter Diairies', a series of 111 television episodes on the CBC television network. The broadcast tapes were nominated for an Academy Award in 1994. Established the Dr. Peter AIDS Foundation before his death, which established 'The Dr. Peter Centre Day Health Program' in 1997 in Vancouver, Canada.