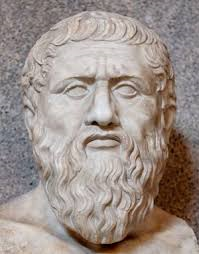 Plato was a philosopher and mathematician. Born into a wealthy and aristocratic family, there is little that remains today in terms of documentation and detail about his childhood and adult life. However, the texts of Plato exist today from medieval manuscripts collected over many generations.

Plato is notable as the founder of the Academy in Athens, considered to be the first institution of higher learning in the Western World. His school offered subjects including astronomy, biology, mathematics, political theory, and philosophy. His most famous student was Aristotle, whereas Plato himself was a student of Socrates. It is from Socrates that he adopted the process of dialogue and debate as a form of instruction and process.

In his writings, Plato laid the very foundations of Western philosophy and science. This was a philosophy centred on notions of virtue and moral character. His principle initial writings appear in his Dialogues and are all based on the teachings of Socrates. This was followed by his introduction of the notion of hypothesis and the immortality of the human soul. Plato then introduced, in the Republic, his ideas as to various forms of government and the ideal state.

Throughout, Plato emphasized the role of logic in the development of theory, placing a heavy emphasis on the importance of mathematics to education. It is this emphasis which has guided the development of science throughout history – all science is based on a mathematical foundation and subject to logic. Art, on the other hand, is based on sentiment and emotion according to Plato, and hence is not rational and is mere illusion.

Similarly, Plato’s emphasis on the use of reason to develop a fair and just society, grounded on the equality of all individuals, is the basis of western political constitutions. This is attained through the continual use of questioning to expose contradictions and develop ideals – a continuous process which results in truth. From this political process, it is clear how Plato’s views have an impact on the fight for LGBTQ political and social rights. This would be the same with all notions of justice in respect of human rights.

Plato dealt directly with male love in his Dialogues, specifically The Symposium and Phaedrus. He himself never married, and it is generally recognized that, along with other Greek thinkers, same-sex love affairs played a significant role. Plato is believed to have had such a relationship with Dion of Syracuse, the brother-in-law of its ruler Dionysius.

In each of these dialogues, Plato introduces a series of speakers who expound on the notion of love among men. This includes the importance of lovers of comrades in war; the distinction placed on the concept of higher spiritual love attainable only between young men; and that homosexuality is good and not shameful. In Plato’s view, the only type of real love is that between men. In general, the notion of homosexual love is recognized, discussed, and revered.

It is these views on homosexuality that has led to later development of the expression ‘Greek Principles’ to describe male homosexuality. This descriptive is based on a belief that such love results in obtaining moral wisdom and strength. Plato’s musings also distinguish between physical love and spiritual love, where the beauty of the soul is placed above the beauty of the body. According to Plato, attaining the former leads to an understanding of absolute beauty – the pursuit of physical beauty will lead solely to frustration.

These early liberal views of Plato are directly contradicted when he published his Laws at a later stage in his life after the death of Dion (who was assassinated in his attempt to invade his homeland in an effort to free Plato who had been interred in Syracuse) and his return to Athens. Here he adopts a negative view on all aspects of society – commerce, travel, religious dissent, and discipline.

Nevertheless, it is Plato’s celebrations of male love which has endured as his contribution to liberal behaviour and government. Platonic love is motivated by the search for the highest forms of beauty. This philosophy specifically influenced the Renaissance movement, though religious doctrine and censorship often forced the substitution of heterosexual love for homosexual love.