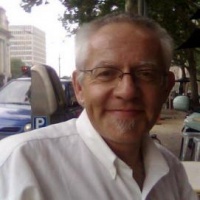 Elected as Mayor of Fitzroy in 1984, being the first open LGBTQ individual to hold that post in Australia. Chairman of the Melbourne Fringe Festival board from 1986 to 1991, and a board member until 1998; chairman of Channel 31 for four years; director-producer of the Channel 31 program YARTZ; theatre reviewer for 15 years on the Triple R Sitelines program. Executive director of the Australian Federation of AIDS Organisations. Born Malcolm Ross McLean.