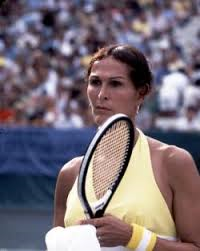 Former professional tennis player, and now ophthalmologist and author. Born as Richard Raskind, notable for her sex reassignment surgery, after which she was denied entry to play in the US Open as a woman on the argument of the United States Tennis Association that she was not born a woman. Took the case to the Supreme Court and won, setting a new precedent in the rights of transsexuals. First transgender professional tennis player. Achieved a high ranking of 20th in professional tennis in 1979, and subsequently became a coach to tennis player Martina Navratilova. Subject of a 2011 documentary, 'Renee'. LGBTQ activist.