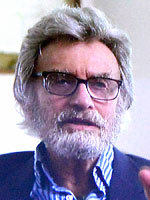 Lawyer and Psychiatrist. Noted for his legal action against LGBTI discrimination and oppression. Successfully challenged Chester Morales’ deportation from the US based on his homosexual identity (1962). Published a paper appealing to the American Psychiatric Association to remove homosexuality from the list of mental disorders (1972) - one year later, he appealed again, and the APA removed homosexuality from the list. Advocated for gender confirmation surgery, marriage equality, and the rights of LGBTQ parents. Publications include eight books and 200 papers and textbook chapters; he co-edited the first multidisciplinary text ('Transsexualism and Sex Reassignment') on what was then referred to as sex change. His studies of transgender adults and gender non-conformist boys were documented in 'Sexual Identity Conflict in Children and Adults' (1974); later his book 'The Sissy Boy Syndrome and the Development of Homosexuality' (1987) examined the tormented, stigmatised childhoods of feminine boys who matured into gay men. Professor of Psychiatry and Faculty of Law, UCLA, Professor of Psychiatry and Psychology, State University of New York, Stony Brook (US). Visiting Professor, Medical Psychology, Imperial College, Departments of Psychology and Law, University of Cambridge (UK). Founding President, International Academy of Sex Research, Founding Editor, Archives of Sexual Behavior, 1971–2001.