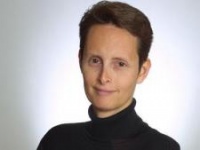 Transgender leader and founder and Executive Director of the first national transgender advocacy group, GenderPAC (1995-2009), which has subsequently transitioned to the organization TrueChild. Author and co-author of numerous academic books and articles on the subject. Columnist with several magazines, including The Advocate and Village Voice. Has been profiled in The New York Times and TIME Magazine selected her one of 100 Civic Innovators for the 21st Century.