Difference between revisions of "Roberta Achtenberg" 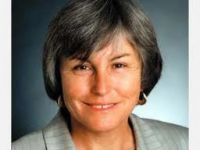 Commissioner on the United States Commission on Civil Rights since 2011. Former Senior Vice President for Public Policy at the San Francisco Chamber of Commerce (1995-2005). Member, San Francisco Board of Supervisors (1990-1993). Assistant Secretary of the U.S. Department of Housing and Urban Development (1993-1995) (being the first open lesbian to be appointed to a position by the U.S. Senate). co-founder of the National Center for Lesbian Rights.