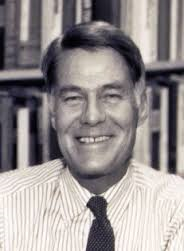 Psychologist. Member, National Academy of Science, American Academy of Arts and Science, and received the Distinguished Scientific Contribution Award of the American Psychological Association. Pioneer of the cognitive revolution and the study of language. Professor, Harvard University (1952-1957, 1962-1994) and Massachusetts Institute of Technology (1957-1962). Served on the editorial board of The Journal of Homosexuality. Author of his autobiography, 'Against my better judgment: An intimate memoir of an eminent gay psychologist' (1996).