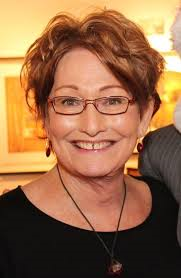 Executive Director of the San Francisco Human Rights Commission since 2009, prior to which she was a Commissioner (2001-2004). Former president of the San Francisco Police Commission (member, 2008-2009) and former CEO of Good Vibrations (a sex toy company). Member of the Board of Directors of the Horizons Foundation, a community-based LGBT philanthropic organization. Named Woman of the Year, 2003 by the California State Assembly. Transgender.