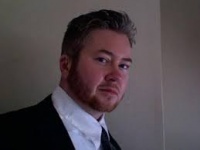 Transgender Muslim faith leader and activist, born as female but transitioned to male. Former co-coordinator for the Muslim Alliance for Sexual and Gender Diversity (MASGD, 2012-2014) and is currently on the steering committee and head of the Communications Committee. Started a grassroots networking group called Iman, specifically for lesbian and bisexual Muslim women and Muslim transgender people. Speaks at numerous events and conferences, and author of several books, on the topic of being LGBTQ and Muslim.