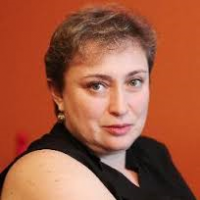 Leads RUSA LGBT, a New York-based support group for Russian-speaking gay, lesbian, bisexual and transgender people. She has also become one of the most prominent voices calling for a boycott of the 2014 Winter Olympics to protest Russia’s new anti-gay laws, such as the regulation against “homosexual propaganda” among minors.