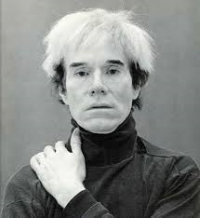 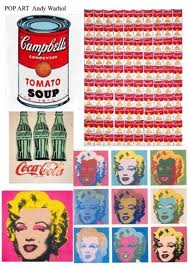 Andy Warhol was an American artist who created and popularized the new medium of visual art that adopted the moniker ‘Pop Art.’ This art medium encompasses painting, photography, film, music, illustration, printmaking, and silk screening in its compositions. Warhol built a collection of work around these mediums, and indeed created an industry around it, which survives his lifetime and remains hugely relevant to today’s art aesthetic.

Born a sickly child, Andy Warhol developed a lifelong aversion to doctors and hospitals. His sickness often made him an outcast at school, but the resulting inward concentration and lack of social life allowed him the opportunity to develop his skill at illustration and love for music. After high school graduation, he studied art at the Carnegie Institute of Technology. Upon graduation, Warhol moved to New York City and began his career as a successful graphic artist.

This career significantly shaped his future development and success as an artist. The simpler drawings, clear messages, and clean lines required in developing commercial advertising and communication pieces would be refined by Warhol into a new art aesthetic that would be eagerly embraced by the so-called hippie generation of the 1960s.

Warhol developed his unique technique of blotting his artwork to deliberately create smudges and smears in his work. The point, he argued, was to add a degree of casualness to his art pieces because he believed this would visually add depth and meaning to the composition.

His art work began to incorporate iconic marketing objects and visuals such as pop cans, chairs, produce, as well as pop-culture celebrities. He expanded his experimental work to films and videos, music, and photography. As the popularity of his work soared, he began to look at his output from a business perspective, adopting the slogan that making money is art and making art is money. This new philosophical approach lead to some criticism that his work was too commercial–centric, but such criticism did not result in any decline in his popularity.

As his global popularity soared, Warhol developed a penchant for celebrity. He associated himself with the wild side of urban nightlife and with bohemians, such as drag queens, transvestites, intellectuals, movie stars, and eccentric wealthy art collectors.

He founded Interview magazine in 1969 to showcase Pop Art and the celebrities attached to it. Warhol also formed the rock band ‘The Velvet Underground’ whose unique output led to the new genre of punk rock music.

All of these efforts combined to create a new arts industry called Pop Art – a mix of visual, musical, and writing that coalesced around popular themes of marketing and the bohemian lifestyle at the margins of society.

How much of this output was a reflection of Andy Warhol as a homosexual man? Undoubtedly, all of it was. As a marginalized member of society himself -due to the popular intolerance of the LGBTQ community - Andy Warhol brought the visual components of that lifestyle which grabbed the attention of its audience to the forefront of his industry and society. In essence, Warhol created an industry that profited from the stereotypes associated with a marginalized component of society.

Warhol always embraced his homosexuality and made it a part of his work as an artist. Some of his artwork was rejected as being too gay and homoerotic. His works drew from gay subculture and the gay aesthetic. However, he simply did not care about any potential backlash that his homosexual life would incur, and he had no desire or intention to change his lifestyle or creations. This behavior was indicative of what we would expect of any bohemian responding to a critic.