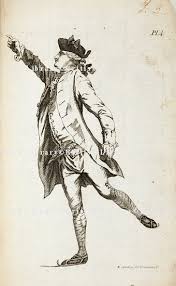 Through his writings and the innovations he brought to the manufacture of ice skates, Captain Robert Jones popularized the sport of ice skating in his home country and around the world. Though people had been skating on ice in several parts of the world before then, Jones brought this sport to the masses.

Little is known of Robert Jones in his youth. He was born in the north part of Wales but the family emigrated to the city of London when he was aged fifteen. His father worked as a tailor in the city.

Robert Jones’ first interest was with fireworks. These were a popular form of public entertainment at the time. Indeed, Handel’s wind band suite Music for the Royal Fireworks was composed in 1749 for just such a public event and it was met with wide public acclaim. Jones’ love for fireworks was so great that he published the book A New Treatise on Artificial Fireworks in 1765. This book comprised chapters on the making of rockets in two parts, how to make geometrical patterns using arithmetical calculations, and the proper loading and lighting of the firework.

The popularity of the book and Robert Jones’ ensuing acclaim as an authority on the subject soon caught the attention of the future Prime Minister, William Pitt the Elder. Pitt approached Jones about joining the army and taking a lead role in the artillery troops at the Woolwich arsenal, an offer which Jones accepted. Robert Jones rose to the rank of Lieutenant, despite keeping his popular title ‘Captain’.

It was his second book, however, that vaulted Robert Jones to an even greater level of public acclaim. The circumstances of the publishing of the book are unusual in the extreme.

In 1772, Jones was arrested on a charge of sodomizing a thirteen year-old boy. The case was a sensation in the popular press – it is reported that every individual in Great Britain at the time that could read a newspaper eagerly absorbed the lurid details that arose from the trial. This, in itself, brought the subject of homosexuality to great national attention. It is believed to be the first instance of public debate about homosexuality in England.

It was during the trial proceedings that Jones wrote the book A Treatise on Skating. The book went into great detail on the instructions for executing unusual skating moves such as circles, spiral lines, the flying Mercury, graceful rolling, and figure 8’s. Jones, an accomplished skater, wrote with authority.

In the book, Jones advocated the firm attachment of the skate blades to the shoes by means of screws through the heels – an innovation that revolutionized the sport. Previously, skates were attached by straps and clips which often became loose over time.

At the conclusion of the trial, Jones was found guilty and sentenced to death. However, on the day of his hanging the sentence was commuted to life imprisonment. One month later, King George III granted him a pardon if he agreed to go into permanent exile. Jones’ huge public popularity spared him first his life and then a life in prison. He lived out his life in the south of France.

The book was reissued with engravings in 1775; a second edition printed in 1780 with a new song The Skater’s March; and many other editions printed including 1797, 1823, 1825, 1855, and more. Skates manufactured to Jones’ design could be obtained at Riccard’s Manufactory in London.

Ice skating today is a popular winter sport around the world and is included in the Olympic Games. There is no doubt that Captain Robert Jones played a part in the development of the sport. That he did so in such odd circumstances reflect the homophobic environment he lived in, the relationship of homosexuality with the press through time, and the context of popular public discussion on homosexuality.