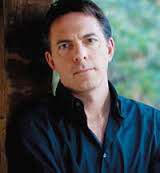 A marketing visionary in the not-for-profit and charitable sectors, Dan Pallotta single-handedly invented the multi-day, mass participation event industry that has subsequently raised billions of dollars. Today, he is a public speaker, author, lecturer, and inspiration to others in the industry.

Pallotta attended Harvard University for his undergraduate degree which he received in 1983. While there, he formed the Hunger Action Committee and convinced 38 of his classmates to join him in riding 4,200 grueling miles across the United States from Seattle to Boston to raise money for the charity Oxfam. This event would lay the groundwork for more ambitious group fundraising.

In 1984, Pallotta moved to Los Angeles to pursue a career in singing. However, he contacted Hepatitis A, which he initially thought to be AIDS. When he recovered, he decided to commit himself to raising funds for research and prevention of the disease. In 1991, Pallotta conceived the idea for an annual bike ride traversing the 600 miles between San Francisco and Los Angeles as a mass-participation event. The first of such events include 478 people who raised almost US$ 1.1 million. This bicycle ride was repeated every year since, and in 1995 was expanded to include similar rides in Boston, New York, Chicago, Philadelphia, Washington, and other cities.

Dan created the company Pallotta Teamworks to produce these events. Since inception, this organization has recruited 182,000 participants of all ages and has raised over US$ 582 million from over 3 million donors. This is more money, and in a short span of time, than any other fundraising events in history. The company grew to 400 employees in 16 offices.

Pallotta expanded his concept into other charitable industries. Examples include breast cancer research, suicide issues, the American Lung Association, and more. In 1997, Pallotta Teamworks created the Ride Across America as a fundraiser. Combined, all of these efforts have raised in excess of US$ 1.5 billion. Pallotta Teamwork’s fees amounted to 40% of the funds raised.

There has been criticism for the size of these fees. Pallotta responded with one of the most watched Ted talks, ‘The Way We Think About Charity is Dead’. He defends the need to raise such funds and argues that he should be admired as would any successful businessman in applying business principles to fundraising.

In 2002, Pallotta Teamworks unexpectedly ceased to function as a company. Many of the companies and charities that Pallotta had worked for decided to host their own mass participation fundraiser. Nevertheless, Dan Pallotta is to be credited with creating this industry and building it to such great success.

Today, Dan Pallotta is a lecturer at Harvard University and appears as a motivational speaker around the world. He is a member of many charitable organization boards, including Invisible Children, Charity Defense Council, and Project Reason. He founded Advertising for Humanity, a full-service brand and inspiration agency for the humanitarian sector. Pallotta is author of several books and many articles on the subject.

Is Dan Pallotta correct in his defense of spending money to earn money in the charitable sector? If society has a need to rely on private giving to fund projects that are deemed charitable in scope (such as medicine, education, or social programs), as opposed to public tax dollars going to these needs, it is reasonable to expect that the effort will cost money to implement a successful program. To achieve efficiency and productivity in a private effort will require appropriate compensation. The challenge is that no appropriate benchmarks have been established to monitor the extent and efficiency of the cost-to-revenue ratio, such as exists in publicly-traded business ventures. Thus, it is also reasonable to expect the public and charities to pay attention and query the issue.

Regardless, society owes a great deal of respect and appreciation to Dan Pallotta for his ingenuity in laying the groundwork for this new and growing industry.