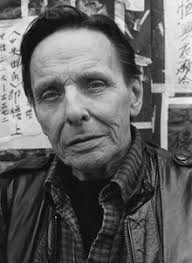 Poet and author. Member of the 'Beat Generation', the collection of hippie poets and writers of the 1950s, who is credited with coining the term. Author of the books 'Huncke's Journal' (1965), 'The Evening Sun Turned Crimson' (1980), and a memoir 'Guilty of Everything' (1990). Considered a muse other poets and writers of his group, including Jack Kerouac, Allen Ginsberg and William S. Burroughs. Worked with Alfred Kinsey in his research studies. Also known for his roles as hustler, prostitute and drug peddler.